Hi and welcome! This is the first post in my new blog section, Watch With Allison. Although I love to read, I also love a good Netflix binge, so I wanted to incorporate that in my blog somehow. I hope you will enjoy this new section of my blog, as it will expand my posts beyond just book and reading and offer more unique content! My first movie review is a spoiler-free review of Midsommar.

This past weekend, my husband and I watched Midsommar on Amazon Prime Video. Midsommar is a movie by Ari Aster, whose previous works include Hereditary, and released by A24, so I knew we were in a wild and probably strange ride. 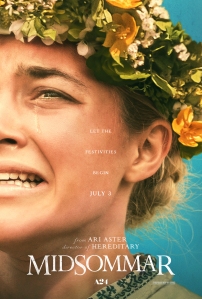 Midsommar is a slow burn drama about a young couple, Dani and Christian, who have drifted apart but can’t seem to let each other go. Christian is considering breaking up with Dani while out with his friends when Dani calls him. She is devastated because her sister has just committed suicide and killed their parents in the process.

Christian now feels obligated to stay with Dani while she works through her grief. While at a party, it is revealed to Dani that Christian is planning to go to Sweden with his friends Mark, Josh, and Pelle over the summer. Dani makes a big deal about not knowing his plans, leading Christian to invite her along.

The purpose of the trip to Sweden is more than just rest and relaxation. Pelle has invited the group to his village, the Harga, in Halsingland. The group will be present for a midsummer celebration that occurs once every 90 years. Josh is planning to write a dissertation on the village and their customs.

I won’t go into more detail from here because you truly need to go in to this film knowing as little as possible. There are very unsettling moments that are not necessarily your traditional horror scenes. However, if you know too many details beforehand, I think the film would lose its shock value and you might not enjoy the two and a half hour run time of the film.

The film is about more than just the pagan cult in Halsingland. This film talks about grief a lot and explores how people cope with the emotion differently. Midsommar also explores a dying relationship between two people who can’t seem to let go of one another, even though they both know they are not getting what they want from the relationship.

Ultimately, I do recommend giving Midsommar a watch if you don’t mind a slow burn with a big pay off. Even though I knew what was going to happen, I still found myself completely shocked at certain scenes. The imagery is absolutely stunning, as 90% of the film takes place during daylight because there is not darkness at night in Halsingland. It was amazing to me that I felt so creeped out even though the movie took place mostly during the day.

I had some unanswered questions, and I actually would have liked the film to have gone deeper into the cult’s customs, but the cult is not the purpose of the film. Just know that you may not feel fully satisfied if you don’t accept the film for what it is-a slow-burn drama about a couple that has fallen apart and finds themselves in a frightening situation with a pagan cult.

This is a film that will stay with me for awhile, as I continue to find different reviews pointing out things I missed or did not quite connect during the film. I rated this 3.5/5 stars on Letterboxd. 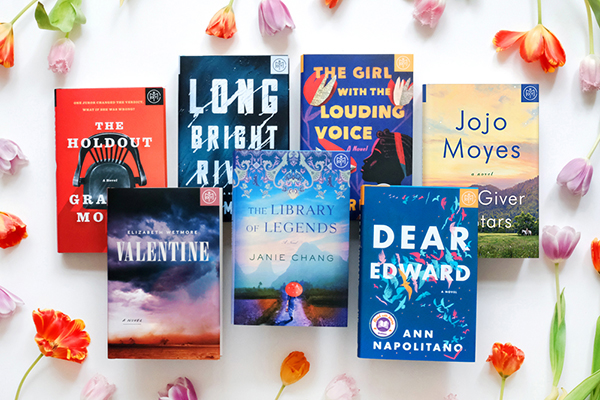